Nearly every culture has the lone woman in white. For some, she is a harbinger of death to come. For others, she is a bringer of death herself. And in other cultures, she is a warning to those who stray from societies’ morals. Cursed to exist forever with her shame. To the people of Mexico and the American Southwest, La Llorona—the Wailing Woman—is all these things. Yet she is often portrayed in modern media as a one-note boogeyman (or woman, in this case). Growing up in a Mexican household, I only knew La Llorona as a threat. A way to scare me home before dark: “Hurry home, mijo. You don’t want La Llorona to take you away.”

When I was a kid, conspiracy theories were my safe space. I had a couple of books that collected the addresses of different groups and I’d sit in my room, writing away for literature from UFO cults like Unarius and the Raelians. The United States Postal Service was a cornucopia of crackpot conspiracies, disgorging pamphlets from Minnesota’s Warlords of Satan, Christian comics from Jack Chick, apocalyptic photocopied newsletters like The Crystal Ball, catalogs for underground books from Loompanics Press, MK-Ultra exposés from Finland. 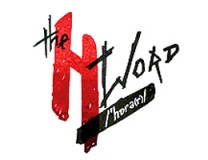 I get so stressed watching horror—especially in theaters, especially in the dark, where I have nowhere to hide—that I hold a bag of popcorn over my eyes, sweat pooling in my palms, while my friends teasingly jab me in the ribs. It’s not the idea of a ghost jumping off the top of a dresser that gets me. It’s the anticipation. It’s the tightrope between knowing and not-knowing: knowing that your safety will be breached, but not knowing when. “But don’t you write horror?” Yes; it’s called a coping mechanism.