We have original fiction from Caspian Gray (“The Book of Drowned Sisters”) and Angela Slatter (“The Wrong Girl”), along with reprints by Stephen Graham Jones (“The Ones Who Got Away”) and Nicholas Royle (“The Obscure Bird”). We also have the latest installment of our column on horror, “The H Word,” plus author spotlights with our authors, and a media review from Adam-Troy Castro. 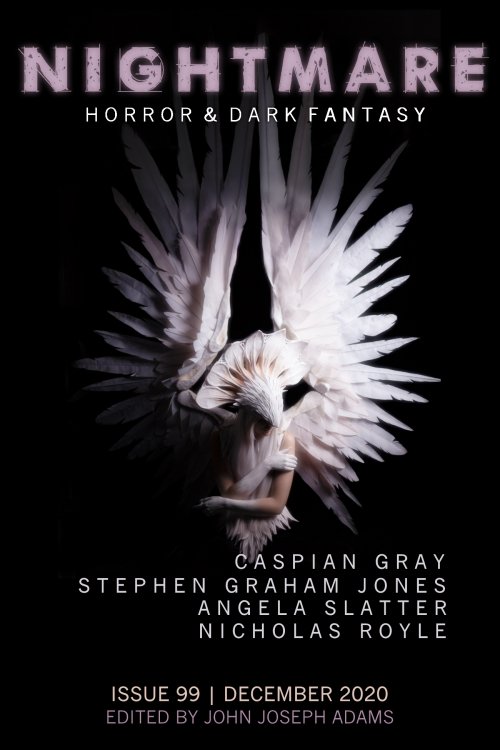 Grief is often very lonely, and I really leaned into that as hard as I could. I think most people have had the experience of mourning something that was “too small” to mourn, or grieved for something “too hard” or “the wrong way,” and that can be really alienating. So, uh, I made some characters who were grieving people everyone else said didn’t even exist.