The H Word: The Politics of Horror

To riff on a George Orwell quote: no literary, film, or artistic mode or genre is free from political bias. That said, the political baggage of horror is considerable, and oftentimes, problematic. Many a smart person has argued, and convincingly so, that the horror genre is a conservative/reactionary one, too often with the ugliest political shades on display; misogyny, homophobia, xenophobia, ruling class re-imaginings of the other as invading monsters. From Freud’s uncanny to the gender politics of the final girl, perhaps no other genre is as fraught with such political anxiety. I know I struggle with those anxieties whenever I tell a stranger that I’m a horror writer and the person responds with, “Oh, that’s nice,” or some other awkward variant of vague but unmistakable moral and/or intellectual judgment[1].

My anxieties and neuroses aside[2], I want to discuss a more macro-political[3] view of the horror story, focusing on the overall plot and, of course, the ending. I’m going to argue a progressive structure will be more successful than a conservative/reactionary one if the story’s goal is to be, well, a horror story.

Let’s briefly compare the films Alien and Aliens. I enjoyed[4] both movies very much, but only one of them is a horror movie. Alien, of course, is the horror movie, and one of the finest and most sublime. It drips in atmosphere from frame one. The design of the Nostromo, the derelict space ship, and of course the face-hugger and the alien herself are nightmare fuel so potent, they’ve become parts of speech within our cultural language. Within Alien, the scares and transgressions are many but let’s focus on the centerpiece: the iconic chest-bursting scene. After Kane’s unexpected recovery from the face-hugging, we’re rushed into the bright dining hall for the Nostromo’s last supper[5]. The bawdy conversation of the relieved crew is a little too bawdy, as though self-aware they’re loudly whispering past a graveyard. The violent birth of the alien from Kane’s chest begins with his laugh turning into a choke, and then there’s the thrashing and screaming. We know there’s something catastrophically wrong with Kane, but not exactly what. That first spurt of blood arcs up from his chest and splashes red on Lambert’s face. There’s this awful, perfect moment of stillness and silence; a recognition that passes through the crew on screen and the audience sitting terrified in their seats, a recognition of a terrible truth: what happens next can’t be unseen and nothing will ever be the same again.

Contrast to the chest-bursting in Aliens. To be fair, the sequel would never be able to achieve the effect in the same way. It’s still a horrific moment with the colonist[6] being kept alive simply to be a host to the alien embryo. But she’s faceless, a stand-in, a literal cipher, not someone we know or really care about. The burster is quickly roasted in a baptism of fire by the marines. Nasty thirty-second scene, but it is setup: a scene used to build suspense for the anticipated ambush of the alien horde. There are moments of horror, of fright, even disgust, but it doesn’t linger and the movie as a whole plays as action and adventure. It’s well-done and suspenseful action/adventure[7], but it’s not horror. Fast forward to the climax of Aliens, when Ripley emerges from an airlock in a badass forklift suit ready to throw down with the queen alien. It’s one of the ultimate crowd-pleasing moments in the history of film[8]. The audience always cheers at that moment. Heck, I cheer. It’s great fun. But if your audience cheers during a story’s climax, then you’re probably not a horror story. There’s no cheering in horror[9]! With the alien destroyed, the whole planet “nuked for morbid,” and the family unit (Ripley, Newt, Hicks) reestablished and headed back xenomorph-free to the good old U.S.A.[10], what we have is the reaffirming or reestablishment of the social order and status quo. Emotionally effective, certainly. Yes, we’re happy for Ripley and the gang and their happily ever after[11], but that’s not horror.

In Alien, Ripley survives, which is still a happy-ish ending at first glance, but she is not unscathed or unchanged. The entirety of her crew is dead, proven to be no physical match[12] for the new life form upon which they stumbled. She’s left adrift in a small, ill-equipped, rickety escape pod. No one is coming to rescue her. No one knows where she is. Lost in infinity, she is alone[13]. Cosmically alone. Now that’s horror.

Let’s take a quick look at one of horror’s most famous movies and novels, The Exorcist, which is undeniably scary and still holds up amazingly well. The movie ultimately helped usher in the American modern horror movie renaissance of the 1970s[14]. Whereas so many of the famous ’70s films that followed have been described as progressive, politically speaking, The Exorcist is a deeply conservative story[15]. Is that part of its appeal? Probably. But there’s little question that the 1970’s audience reacted strongly to the breaking of taboos, the blasphemy, the exploitative and icky prurience, the gore, etc. I’m quite confident that when people remember the book or movie, very few people recall the very last pages or film frames. No, not Father Karras’ tuck ’n roll down the stairs. I’m talkin’, the actual ending[16] with Regan and her mom returning to LA and everyone is healthy and all smiles as if nothing had ever happened. Who remembers that part of the story? Who remembers the relief? The phew, everything’s back the way it was with God in His heaven blah blah blah? No one. Of course you remember the head spinning and crucifix masturbation and pea soup vomit; you remember the taboo and transgression, the great and terrible truth revealed within the universe of The Exorcist. I can’t help but wish Blatty/Friedkin went one step further and had asked the next question(s): What do the people who lived through what they just lived through do now? How do they live with his awful truth?

Horror[17] is supposed to push and prod at moral boundaries and social mores, confront personal and societal taboos, to make us uncomfortable, to make us think about why we’re made to be uncomfortable. The horror story that ultimately ends with a triumphant return of the status quo isn’t doing its job[18]. The old gentleman from Providence, H.P. Lovecraft, knew this, and used what I’m calling the progressive story structure (at least as it pertains to the ending of a horror story) to reflect his conservative fears[19]. In so many of his stories the horror is born from the realization that his cherished and idealized social order and status quo have been irrevocably compromised.

This isn’t to say every horror story must have a downbeat/bummer ending to be successful. But it should have an ending that’s honest to its horror, honest to the transgression committed within the story. Yes, by all means, reveal that horrific truth, but once revealed how can anyone ever be the same again? They can’t. They’ve been changed. There’s no going back. The fallacy of the good-old-days: not only are they gone and never coming back, they never existed in the first place. That’s the horror of existence. Change happens whether you want it to or not. Existence is by its very nature progressive. It continually asks so now what? How are you going to live through this? How is anyone going to live through this?

The best horror stories, the ones that linger and affect us, are progressive. These are the stories that dare ask those toughest of questions: the ones we’re afraid to answer.

[5] I thought that quip so clever. And then I Google imaged “Nostromo last supper.”

[6] Yup, no political baggage, there.

[9] Yes, that’s said in Jimmy Dugan’s voice. Of course this is not a hard and fast rule, there are exceptions. Jaws for one. Arguably the movie’s finest moment is when the heroes’ drink-fest/bull-session veers into a classic campfire tale. Cantankerous Quint is spellbinding as he talks about surviving the sinking of the USS Indianapolis. Floating in the middle of the Pacific with no distress signal sent, hundreds of his crewmates were picked off by sharks. Toward the end of the nightmare ordeal his closest friend was bitten in half. (“I’ll never wear a life jacket again.” — Quint. “I’ll never go in the water again!!!” — Me.) In the film’s horrifying climax, Quint’s speech cruelly becomes his self-determined, foreshadowed fate. Chomp. I’ve watched the movie close to fifty times but cannot and will not re-watch Quint’s bit-in-half death scene that I first saw when I was eleven years old. After, when Chief Brody blows up the shark, people cheer, yeah, but it’s more out of relief. The very end of Jaws is not quite a horror ending (Brody and Hooper chuckling as they wade through the chum of their chum? Whaa?). But the no-cheering rule is trumped and Jaws is still a horror movie because the viewer has been sufficiently scared/moved/scarred/changed by the two hours that came before the shark goes boom.

[10] Ripley even tells Newt that they’re free to dream again because everything is both hunky and dory!

[13] The movie’s original tagline — In space no one can hear you scream — kind of says it all.

[14] I highly recommend you read Jason Zinoman’s Shock Value for an in-depth treatment of that horror movie decade.

[17] And really, the best of all art and literature pushes at the same boundaries.

[18] UNLESS the return or restoration of the status quo is the horror, as it is in Shirley Jackson’s “The Lottery.” We the readers are changed irrevocably by the events in the small Vermont town in large part because the lottery will continue in perpetuity. 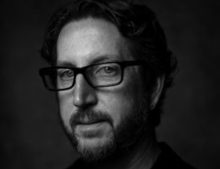 Paul Tremblay is the author of seven novels including The Cabin at the End of the World, A Head Full of Ghosts, Disappearance at Devil’s Rock, and The Little Sleep. His essays and short fiction have appeared in the Los Angeles Times, Entertainment Weekly.com, and numerous “year’s best” anthologies. He has a master’s degree in mathematics and lives outside Boston with his family.