The H Word: The Living Dead—Us Versus Them

Do the dead still matter?

Years ago they did. Very much so. Especially in the horror genre.

The dead—of the shambling, ambulatory, flesh-hungry variety—led the vanguard of the genre’s social commentary in George Romero’s horror films from the late 1960s through the mid-eighties. Night of the Living Dead, Dawn of the Dead, and Day of the Dead captured conscious and subconscious social tensions of their times better than many stories in any genre. Racial conflict. Anti-war sentiment. Consumer culture. Cold War dread. Even Land of the Dead, released twenty years after Day, cast a cold light on the deepening canyon between the enfranchised elite and the frustrated masses, the haves and the have-nots. Perhaps not since Dracula personified Victorian socio-sexual trepidations had works of horror so embodied the fears and hopes of generations.

One of the most iconic images from all Romero’s films is Bub, the semi-intelligent corpse from Day of the Dead. In experiments with Dr. Matthew “Frankenstein” Logan, Bub exhibits residual consciousness that allows him to salute, recognize a handgun, and even aim it and pull the trigger. A spark of life in a dead man. Hope for a touchpoint that might lead the living and the dead to coexistence. That’s Logan’s goal: to communicate with the dead and lift them up from their brutish cravings for living flesh. The scenes with Bub and Logan embody the essence of how Romero’s films explore not only the visceral horror so deftly depicted on the screen, but the horror of being trapped in an inescapable social conflict. The living versus the dead. Friction between two specific, disparate groups destroying each other’s society—one nascent, one long-established—until someone discovers that common ground to end the feud.

Deep stuff for monster movies. Still genre-defining until the late 1990s and early 2000s when so many of us deadhead kids—who grew up loving those films and the books and comics they inspired—provided both creative minds and a ready audience for the living dead’s eruption of popularity in mainstream culture. 28 Days Later, Zack Snyder’s Dawn of the Dead remake, and The Walking Dead helped launch a full-blown cultural phenomenon and freed the living dead from a niche of horror fandom to a household boogeyman. Along the way, though, the dead changed.

In 2012, I guided a friend through his first New York Comic Con. That year, as for many years, The Walking Dead TV show sponsored the con, and a panel discussion with cast members provided a centerpiece of programming. Ignoring my warnings that we needed to line up hours in advance to see that panel, my friend insisted we arrive only a half hour before it began. We were shut out, of course. The line, capped hours earlier, filled a hall of its own. But our attempt led us to an enlightening experience.

To entertain those waiting, a jumbo screen played ads and clips and featured a preview of the upcoming season’s first episode, a prelude to the panel. We hung around to watch. In the scene, the walking dead arrived right on cue to menace the series protagonists, who violently dispatched them. Very violently, in fact, and with plenty of gore. A level of gore that, in 1985, garnered Day of the Dead an unrated release to avoid an x-rating. Now this level of gore was acceptable on both broadcast television and at a convention full of young children. Sensibilities change, though. We all know it’s fake. Horror fans appreciate the art of horrifying SFX magic. Then an unexpected thing occurred.

When the first point-blank face-shot blasted brains out the back of a dead man’s skull onto the wall in ultra-realistic fashion, hundreds of people gave out a thunderous cheer. So loud, so enthusiastic, I felt it more than heard it. Each gunshot and exploding head or torso that followed received more unanimous approval.

It didn’t feel like the kind of praise 1985 horror fans gave Tom Savini’s masterfully outrageous SFX techniques or Romero’s clever set-pieces of mayhem and walking corpse destruction. This felt different, and it chilled me.

We lived in a different world in 2012 than the one in which I grew up with Romero’s films, one different even than the world today. Somewhere between Land of the Dead and the Walking Dead circa 2012, the cultural function of the dead metamorphosed. On the mass culture landscape, they stopped standing in for social tensions, mindless consumerism, political dread, and so on, and became effigies for the other in the broadest possible sense: those who threaten to disrupt the preferred structure of a group.

In 2012 the infectious toxin of social media pile-on culture ran wild along the information superhighway that futurists had once predicted would revolutionize human experience. It did, of course, but not how they’d hoped.

Most of the folks in those lines at Comic Con were younger than me, part of a digital native generation, not one, like mine, that grew up during the revolution from the analog world to the Wi-Fi one. A generation influenced by social media platforms, some of which trace their roots to the gross ranking of co-ed attractiveness, as Mark Zuckerberg’s early Facebook iterations did. Media that produce, not as a byproduct but as a feature, the need to see others as representations, diminished to pictures and a presence onscreen. Media that reward knee-jerk, emotional posts with likes, shares, improved recognition by the algorithm, and influencer cred, to the disadvantage of level-headed critical thinking. In many ways, social media enables people to diminish others, to victimize, eradicate, and erase them. In the conflict with the new breed of living dead, social media is the weapon of choice, and the headshot can take many forms. Block lists. Cancel culture. Cyberbullying. Disinformation. Doxxing. Flame wars. Revenge porn.

In 2005’s Land of the Dead, the dead upturn the living society and free themselves only when they learn to think and look beyond the distractions of fireworks in the sky and see what’s really happening around them. Between Land and 2012, though, the popular conception of the living dead transformed from a reflective, self-critical, and hopeful one to an outward-facing expression of the unwillingness to reflect or to engage with those who oppose a favored herd’s will and the preference to erase them. Online arguments over social, political, and even pop culture topics often mimic the mindless drive of the dead to feast on the flesh of the living and the living to escape. Hit the other in the head. Avoid their bite. Don’t risk becoming one of them.

The Walking Dead embodied the new perspective of defining the popular conception of the living dead as us versus them. No longer allegorical avatars for rich versus poor, hawk versus pacifist, authority versus individual, or even David versus Goliath—conflicts that reflected deep, challenging social frictions—they now represented one herd versus another and embodied the dehumanization of those outside the preferred herd.

I’ve grappled with this shift in the status quo of the living dead because it fascinates me to observe generations reinventing classic monsters and because it paralleled my writing journey in completing my Corpse Fauna cycle of novellas and stories about a world overrun by the living dead. The idea for the first story came in 1997. The final installment, The Eyes of the Dead, was first published in October 2022, twenty-five years and three publishers later. Soon, eSpec Books will publish The Corpse Fauna Chronicles, an omnibus collection of the full cycle with a bonus new story. When I sat down to write the closing tales, I questioned whether or not they still mattered.

Corpse Fauna drew its inspiration from the old school of the dead. The stories delve deep into themes of the individual versus society, the outsider versus authority, faith versus servitude, and responsibility versus obligation. I intended to write stories reflective, self-critical, and, in a morbid way, hopeful about humanity’s future. In Corpse Fauna, the dead aren’t mere monsters. They are lost and unfulfilled like the living, saddled with hopes and dreams, manipulated, and victimized, which gives them something in common with the living.

Despite all the changes to our concepts of the living dead, though, do they still matter as a horror convention? I think so, and they have much to teach us. In a macabre sense, popular conceptions of the living dead are the horror genre’s canary in the coal mine for society’s well-being. The dead say a lot about who we are and where we’re heading.

We can ignore them for a while, but, eventually, they’ll catch up and remind us. 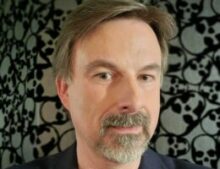 James Chambers received the Bram Stoker Award® for the graphic novel, Kolchak the Night Stalker: The Forgotten Lore of Edgar Allan Poe and is a four-time Bram Stoker Award nominee. He is the author of the story collections On the Night Border and On the Hierophant Road, which Booklist called “…satisfyingly unsettling” in a starred review, and the novella collection, The Engines of Sacrifice. He has written the novellas Three Chords of Chaos, Kolchak and the Night Stalkers: The Faceless God, and many others, including the Corpse Fauna cycle: The Dead Bear Witness, Tears of Blood, The Dead in Their Masses, and The Eyes of the Dead. His writing has appeared in numerous anthologies. He edited the Bram Stoker Award-nominated anthology Under Twin Suns: Alternate Histories of the Yellow Sign, and co-edited the anthologies A New York State of Fright and Even in the Grave. His website is: www.jameschambersonline.