“Ernest Hemingway once wrote, ‘The world is a fine place and worth fighting for.’ I agree with the second part.”

To the unblemished mind, they may ring hollow—a bleak consolation in light of the events that have transpired.

Having just watched an unrepentant psychopath methodically murder five innocent people, we follow as our heroes—the jaded William Somerset and his idealistic partner David Mills—are lured out into an open field where the villain reveals that he had, prior to his arrest, paid a visit to Mills’s young bride and left a “souvenir” of her in a box . . . in the process revealing that she was pregnant.

As the hot-blooded cop guns him down, avenging his wife and unborn child, we do not cheer, we do not clap, we hold our breath. For, in this scene, we have not watched good triumph over evil. We have witnessed an execution, an act of vengeance . . . Wrath.

Mills, who had earlier refuted Somerset’s cynicism—arguing that Somerset is no better than the apathetic city that he condemns and urges him to fight—is taken away by his peers and charged with the same crime that he had relentlessly pursued this unrepentant psychopath for. The overwhelming horror of what has just transpired has left him catatonic.

Somerset, shaken, looks on, speechless, seemingly unsure of what to make of the situation until his captain approaches him and asks where he’ll be. In a daze, Somerset replies, “Around. I’ll be around,” implying that he will not retire as he had originally planned to when we were first introduced to him.

But is he staying on because he feels obligated to take on his partner’s crusade, or is he so terrified of the monster he just encountered that he fears leaving the city to its own devices?

There’s no way to tell . . . until the voiceover kicks in with Somerset’s final words.

And they’re comforting. Not because the hero refuses to succumb to the same nihilism that twisted his opponent and destroyed his partner, but because these words acknowledge that the world around us is fundamentally broken, and yet, we can still get back up and fight for it.

Growing up in the aftermath of a brutal civil war, the reconstruction era promised my people a future that would return us to a Golden Age that never was. This Golden Age, we were told—always told—was only a couple of years away. And, when you’re young enough to believe that, you start to have these grand notions that one day you’ll grow up and join these respectable men in custom-made suits to rebuild the city they themselves turned to rubble.

This may seem naive, foolish even. And to those around me, it did. But where others resigned themselves to the inevitable, I gave in to the dream—losing myself in the fantasy. It was simple, really. All we had to do was build on the idealism that was sold to us by our elders and their esteemed institutions. Slowly, however—as is the case with all things too good to be true—that idealism was eroded by the unrelenting reality that we would soon find ourselves in.

And I was not alone.

But, unlike my overeager peers, I never found an outlet in sex, alcohol, or drugs. That was all beneath me, I thought. I was an artist, after all. Art was my life. So my outlet could only be art.

You might assume that I consumed the most saccharine trifles—fiction sugary enough to rot your mind—but something strange happened, so much so that I couldn’t understand it myself. I had developed an obsessive indulgence in the bleakest and bitterest art I could uncover. That, inevitably, led me down the dark hallways of horror where artists gleefully indulged in the worst the human race has to offer.

And I have to say, as you’re maturing, there’s something almost cathartic about this nihilistic horror. As you’re grappling with the fact that the world around you isn’t what you were told it is, watching monsters—both literal and figurative—act on our worst impulses to affirm your worst intuitions about life is . . . purging.

Because, in a way, you’re vindicated, and that vindication curses you with a cynicism that, as you get older, is not only tolerated less and less by those around you—isolating you—but also wears you down psychologically, inevitably leaving you in a state of emotional paralysis when you are finally confronted by the horrors that have tormented your psyche all these years.

When I was coming of age—and had yet to grasp what real pain was—I was subjected to the only traumatic episode I had ever experienced—one so corrosive that it would be years before a day would pass by and I wouldn’t break down at the mere thought of it.

Where others would have sought out help from friends and family, I instead acted on my worst inhibitions and fought it alone. As soon as the incident had passed, I retreated back into my room—as I always had—and found myself in front of the television screen, purging . . .

Though horror proved to be as irresistible a distraction as it always was, it would not be long until I came to accept that the outlet that once allowed me to process and release the worst of my inhibitions began to exacerbate them beyond compare. I could no longer tolerate the kind of fiction I once reveled in nor understand why I was drawn to it in the first place.

What exactly had transfixed me to the screen when I watched a father kill his only son and remaining friends before finding out that his salvation was only moments away? How could I have been enthralled by a waking nightmare that had most of the protagonists consumed by eldritch abominations, forcing the hero to cut off his own arm after losing an eye and leaving his love interest catatonic after being raped by his former best friend? Why was I so captivated by the end of the world?

Now that I was a victim of the circumstances I had spent my childhood and teenage years dreading, I couldn’t bear to have them play out in fiction anymore.

What use did I have in the fatalistic affirmation these films once offered me when I was now living proof of it?

My mind would not rest. My mind would not heal. As if I was one of their protagonists, I was being dragged down, kicking and screaming, into a bottomless pitch-black pit, where death was the most merciful option.

After a period in which I could barely force myself to watch or read anything, I started looking elsewhere for my fix. I thought I had to get my mind off things. But a feel-good media diet didn’t do it for me. It was a distraction. What I needed was catharsis. I had gone to hell, and now I needed to watch someone go to hell and back. I needed Pazuzu exorcised. I needed the xenomorph ejected out to space. I needed the lambs to finally stop screaming. And only then could I finally start healing—when the hero has fought tooth and nail for their life as I had and come out the other side, bruised and battered, but alive—having pulled through, not by surviving danger, but by vanquishing it, prevailing and earning that happy ending.

We look down on fiction made to make us feel better, deeming it childish for trying to appeal to something other than our most cynical sentiments. That’s why it’s in short supply even outside of horror. A finale where the hero earns his happy ending even more so.

These are fantasies, yes. Power fantasies even. But fantasies can become realities if we believe in them.

And during that time—in that state of mind—I needed to.

Now that I was drawn to the kind of horror films I once snubbed my nose at, I found myself enjoying and even being comforted by stories where the protagonist fought back and defeated the unrelenting menace that tormented them. These films showed me that I could cope, I could rise up again, and when confronted with inexplicable horror, I had the means to fight back and take matters into my own hands.

And that’s why I always return to Somerset’s final words.

What was a compromise between a filmmaker and a studio transforms the film into something more than a rejection of cynicism. For no longer does a jaded cop relent against the pessimism that overwhelmed him. Now he reaffirms his will to fight in the aftermath of an inexplicable tragedy.

After the horror we’ve witnessed, Sommerset acknowledges the world around him for what it really is and chooses to carry on.

That may seem unfathomable, even impossible, but it gives me hope. Because it took me years to understand this:

The world is not a fine place, but it is worth fighting—for it and for yourself . . . 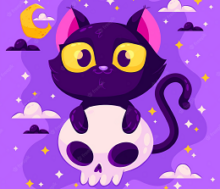 May Haddad is a writer who has a hard time admitting she’s a writer. Her work has been featured in The Markaz and Nightmare Magazine. You can find her on Twitter @MayHaddadWrites — if she can find the time to post.