The H Word: H for Honesty

I’ve been saying so for decades, because it’s the truth, simple or otherwise. Whenever anyone who creates horror fiction says they don’t, it simply confirms me in my commitment to the field. No doubt they have their reasons, but I have mine, which is to support the kind of fiction I’ve loved pretty well ever since I can remember. I have to presume I’m not harming it by associating myself with it—I’m doing my best to be worthy of its great tradition in my limited way as a fiction writer. By espousing the adjective I’m also joining the tradition of writers who have given it a positive significance, and it occurs to me to wonder when this began.

It did with the Gothic novel, just about. 1797 saw the publication of The Horrors of Oakendale Abbey, but this is the only title of the period to include the word. We should also acknowledge Horrid Mysteries from five years earlier, both because the usage was immortalised by Jane Austen and since this was the second English translation of Karl Grosse’s Der Genie, oder Memoiren des Marquis von G . . . ; we might conclude that the adjective was introduced to make the book more saleable. After these two appearances anything like the word seems to have fled for a hundred years or so, but by the end of the nineteenth century the occasional short story had it in the title; Conan Doyle used it twice, for instance (“A Pastoral Horror” and “The Horror from the Heights”). It took longer to reappear on the covers of books. 1920 looks like the year of that rebirth—specifically, the first American edition of Maurice Level’s Tales of Mystery and Horror—but this was the only sight of it for most of the decade. Even the Not at Night series didn’t use the word directly at first, instead referring on the dust jackets to the weird and creepy (though reviews were quoted that included the supping image from Macbeth, that most respectable of references). The seventh volume (At Dead of Night, 1931) was the first to flourish the word on the front of the jacket (in the curiously worded slogan “A grim, creepy volume of horror and mystery of the supernatural”), and it dodged behind subsequent volumes again, the backs of which quoted the Bookman as enthusing about “a banquet of horrors.” By then, however, Thomson’s anthologies had been overtaken by several edited by Dorothy L. Sayers, which displayed the word in the title as early as 1929 (Great Short Stories of Detection, Mystery and Horror, 1st Series). Thomson drew largely on early issues of Weird Tales, which makes her series at least historically valuable, but famously or notoriously declared that she had “set her face against literature” in choosing stories to include. I believe Sayers had the opposite aim and perhaps even meant her books to function as a riposte to Thomson’s (which had attracted the censure of commentators such as Montague Summers and M. R. James). Certainly Sayers reclaimed horror for literature, and revivals of this confrontation between definitions of the genre have been occurring ever since. Gollancz published the Sayers anthologies and seem to have been fans of the adjective. In 1929 they promoted Visiak’s novel Medusa as “a story of mystery & ecstasy and strange horror” and, perhaps more significantly, they brought out Dashiell Hammett’s Creeps by Night—the first anthology to demonstrate that the best of the pulp horror writers could hold their own in literary company—under the title Modern Tales of Horror.

In 1934 we find what I assume to be a more extreme attempt to stretch the definition of horror fiction and take it back from the Christine Campbell Thomson notion (which by that time may have been the popular concept of the genre, helped by the rumblings of press concern about horror films). This was New Tales of Horror by Eminent Authors, anonymously edited by John Gawsworth, which contains some tales that even I can’t justify calling horror. At times the anthology seems to take its commitment to restraint and subtlety (both admirable qualities, especially in our field) a tad too far, or perhaps it’s just that the editor was loath to turn down submissions by such eminences. The first tale by Machen, for instance, is very minor—more like a tale told over port in a men’s club.

On the other hand, the reaction against explicitness can be very productive. Val Lewton conceived his fine films as a riposte to the Universal horrors, which he apparently saw as crude. Let me give one more example—the one that shaped my view of the field over fifty years ago. One of the earliest treasures of my collection was Best Horror Stories, edited by John Keir Cross—unless my ageing memory is playing tricks again, the first hardcover I ever bought. Besides specialists such as Poe, Bierce, and M. R. James, it included tales by Faulkner, Graham Greene, and Herman Melville: his “Bartleby”. The editor admitted that some readers might not consider this psychological study of a terminally apathetic character to be a horror story, but it seemed to me, like everything else in the book, to be entirely at home there. It, and the sense the anthology and this tale in particular lent me of the inspiring breadth of the field, has stayed with me ever since. I suspect the book was to some extent intended to make the genre once again respectable in the public eye after the controversy about horror comics (and just a year or so before the press pounced on Hammer Films and other new outrages the field had produced).

Best Horror Stories lets me make a few more points. The inclusion of authors such as Faulkner reminds me that very few authors of adult short stories haven’t produced at least one example of our kind. Greene, for instance, wrote several. How many exceptions can you think of? In other words, horror came out of the mainstream and indeed was at home there; indeed, a good number of authors who didn’t specialise in our genre are largely forgotten except for their work in it (W. W. Jacobs, Robert W. Chambers—add your own candidates).

Now it may be objected that I’ve widened my definition of horror to make the point, but let me say this. As well as Best Horror Stories Faber had published Best Ghost Stories (Anne Ridler, 1945) and was soon to follow Cross with Edmund Crispin (Best Tales of Terror, 1962). The thing is this: tales from each volume would be just as much at home in either of the other two—“Who Knows?,” “The Face,” “Our Feathered Friends,” and “Thus I Refute Beezly” from Ridler (indeed, “Friends” is actually reprinted in Cross); “The End of the Party” and “Oh, Whistle, and I’ll Come to You, My Lad” from Cross; “Ringing the Changes” and “Three Miles Up” from Crispin. But perhaps the point was definitely made decades earlier. “Must there be horror? you ask. I think so.” So wrote M. R. James in 1931, and he was talking about the ghost story. Of course many tales of horror don’t involve the supernatural, but they surely convey terror, and I maintain that horror is the term that best contains all three fields.

Let me make a final declaration. If anything I’ve said so far makes it seem that I’m embracing horror from the mainstream in order to deny the work of specialists in our field, nothing could be less like me. They have handed down a great tradition. Elsewhere I tried to sum it up thus: Poe and Le Fanu refined the Gothic novel, rendering it terser and more psychologically focused. M. R. James stripped Le Fanu’s methods to their absolute essence, developing his own genius for the spectrally suggestive phrase or sentence. Writers such as Walter de la Mare and Lovecraft learned from Poe. Lovecraft also subsumed the influence of writers such as Blackwood and Machen. Fritz Leiber united the traditions of M. R. James and Lovecraft. T. E. D. Klein does too, but Machen also comes to the fore in some of Ted’s finest work. Stephen King rediscovers Poe for our time. Echoes of Robert Aickman can be found in M. John Harrison’s profoundly personal fiction, and in Lisa Tuttle’s and Terry Lamsley’s—not to forget Reggie Oliver, surely our most elegant stylist and a great upholder of the best traditions of the field. Thomas Ligotti’s tales can be Lovecraftian, but they are remarkably unlike anybody’s work other than the author’s, although Mark Samuels has an equally distinctive worldview that earns him the comparison. Ray Bradbury and Richard Matheson brought contemporary concerns to the field and revived close psychological realism, and their ground-breaking influence can be seen not just in Steve King but in the excellent Dennis Etchison. The overlap with crime fiction deserves an essay in itself; one excellent contemporary practitioner is Steve Mosby. I could name many more fine writers in our field, but add them yourselves to the canon and see where they fit in. Above all, be proud to write horror and say that you do. I am.

We at Nightmare Magazine like discussions. Please use the comments feature of our website to give us your thoughts on whether or not the H brand is an albatross or worth holding on to. 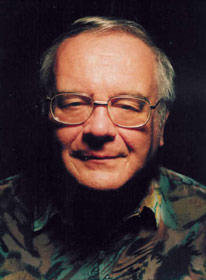 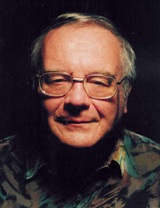 The Oxford Companion to English Literature describes Ramsey Campbell as “Britain’s most respected living horror writer.” He has been given more awards than any other writer in the field, including the Lifetime Achievement Award of the Horror Writers Association (HWA), the Grand Master Award of the World Horror Convention, and the Living Legend Award of the International Horror Guild.

Among Ramsey Campbell’s novels are The Face That Must Die, Incarnate, Midnight Sun, The Count of Eleven, Silent Children, The Darkest Part of the Woods, The Overnight, Secret Story, The Grin of the Dark, Thieving Fear, Creatures of the Pool, The Seven Days of Cain, and Ghosts Know. Forthcoming is The Kind Folk. His collections include Waking Nightmares, Alone with the Horrors, Ghosts and Grisly Things, Told by the Dead, and Just Behind You, and his non-fiction is collected as Ramsey Campbell, Probably. His novels The Nameless and Pact of the Fathers have been filmed in Spain. His regular columns appear in Prism, All Hallows, Dead Reckonings, and Video Watchdog. He is the President of the British Fantasy Society and of the Society of Fantastic Films.

Ramsey Campbell lives on Merseyside in the UK with his wife Jenny. His pleasures include classical music, good food and wine, and whatever’s in that pipe. His web site is at ramseycampbell.com.