Several times in my life, I have reached the end of a film seen theatrically that I considered a masterpiece or near-masterpiece or at the very least significant accomplishment, and found myself surrounded by moviegoers bitching that it was the worst movie they ever saw.

This has happened with a number of films that have received significant acclaim since, among them Robert Altman’s revisionist western McCabe and Mrs. Miller, Peter Jackson’s Heavenly Creatures, a number of the more unusual works in the Coen Brothers canon, Martin McDonough’s In Bruges, and most recently, the surreal fantasy The Lobster.

These films and others greeted by my random collection of adjacent moviegoers as an astonishing nadir in movie history, believed by me to be something significantly more and sometimes very much more. It seemed honestly astonishing to me that anybody seeing what I had seen could describe it as, if not “my cup of tea,” then “the worst movie ever made.”

In those cases, I have always been perfectly at peace with the conclusion that I am right and that the bitching masses are a bunch of unperceptive doody-heads.

I am not quite so sanguine with one of the most polarizing movies in recent memory, Darren Aronofsky’s allegorical nightmare Mother! (2017), starring Jennifer Lawrence and Javier Bardem. To be fair, I saw trouble looming even before the lights dimmed for the trailers, when a number of my fellow audience members started chatting with each other about how they had no idea what this film was about, but knew only that “that nice Jennifer Lawrence” was in it, happily adding that the only other alternative was the horror movie IT, and how this was clearly beyond the pale because they hated horror films and knew no reason why anybody would ever see one.

I rarely intercede in such conversations among strangers but was moved to intercede: “Umm, you do know this is a horror movie, right?”

“But Jennifer Lawrence,” one replied. (This being a complete argument, apparently.)

My little advisory received incredulity and jabber to the effect that I was probably wrong; and when the movie was over, the producers of that jabber agreed only that it had certainly been horrible, as well as disgusting, the worst movie they had ever seen and, yes, likely the single worst film ever made.

I refrained from argument, as I do now. I am more inclined to believe Mother! an extraordinary film, but I also observed while watching it that it is confrontational, unpleasant, an assault on the senses, impossible to take literally, and designed to piss off almost everybody who sees it: a movie where my reaction is certain to be the minority, where I could feel the inevitability of it being despised by nineteen out of every twenty people who see it. I know stone horror fans who hated this movie, an award-winning horror creator who regarded it with absolute disgust, folks of no particularly conservative bent toward the conventional who nevertheless thought it too bizarre for them, and I find all this reasonable—even expected. The one response I do not expect from anybody is ambivalence; the reaction we get for the vast majority of films that have been ironed into such market-tested sameness that they cannot offend except with their blandness, wholly sacrificing film’s capacity to startle. This movie will be get more “Ecccchs” than “Wows,” but (critically) also more “Wows” than “Mehs.”

It is a story set not in our real world, but in a landscape simplified for allegory. A house sits in the middle of a field. We don’t see its exterior much, but when we do, we note that there is no surrounding infrastructure of civilization; no driveway, no cars, no neighbors, no signs that there are any supermarkets just out of camera range. It is not a house but the house, the platonic ideal of houses. The interior, first spotted in ruined condition, heals as we watch, becoming a somewhat-broken down homestead still in the process of renovation by a young wife (Lawrence, listed in the credits as “Mother”), whose only concern appears to be making it a perfect place for her much older husband, a blocked poet (Bardem, listed as “Him,” but in the film most frequently referenced in awestruck tones as “The Poet”).

Even before its release, the movie received some pre-emptive condemnation for the difference between the ages of its married couple, a pattern common in Hollywood film, but it needs to be said that the movie knows Lawrence is a baby next to Bardem, and that this is one of the elements being examined. Part of the movie’s dynamic is her character’s imprisonment not next to, as in some domestic dramas, but to some extent inside, a toxic male ego, a man who requires adulation and has apparently chosen a wife for her willingness to regard him with awe. The difference in their ages is entirely appropriate to that, and referenced frequently by the film.

The catalyst for nightmare is the arrival of a stranger (Ed Harris), who the husband invites to spend the night, and his wife (Michelle Pfeiffer), who arrives the next morning. They make themselves at home, subject Mother to various rudenesses, and in many ways violate her space and the cleanliness of the home she wants to make a paradise. These assaults arrive faster than she can react to them, and accelerate to apocalypse.

Folks who manage to get to the middle of the movie without knowing that realism should be considered out the window should get the clue when Him finally produces a single-page poem and gets raves from his publisher long before he could have submitted it, as well as the arrival of teeming masses who proceed from fandom to riotous destruction of his home (which their host appears to have no problem with, as long as they praise him).

This is all very consciously Biblical, notably with the murder of one brother by another; that’s what the movie is playing with. But what made the execution remarkable for this viewer, (and what I presume to be the key polarizing element among the reactions), is how darkly funny much of it manages to be; allegory aside, how preposterously awful the escalating violations of the homestead become, how darkly comic the invasiveness becomes, while Mother can do little but forego full attention to each trespass as the next more pressing one commands her immediate attention. The dynamic is somewhat similar to Eddie Albert’s role as the beleaguered farmer in the old sitcom Green Acres, in which his equally run-down farmhouse is always under assault by kooky neighbors whose escalating madness left him sputtering and (more often than not) unable to complete a full sentence of protest, before even more madness ensued. This is the same phenomenon played for more horrific comedy, with Jennifer Lawrence civilized and polite until she can’t be. Her viewpoint is accentuated by a camera that often treats Lawrence’s lovely head as the planet it must circle and never stray far from, following her around the confines of the house she never personally leaves as more and more insanity intrudes; there is rarely thirty seconds without a reaction shot, or a fresher return to those features, either gamely processing each new outrage or, later on, being overwhelmed. It is never not time for her close-up, and this is a deliberate stylistic choice accentuating the nightmare logic of the narrative, as she wanders her home and prison, struggling to stay ahead of the madness.

The widespread negative reaction to this film does not depend on being too thick to get what it’s up to. While that is a frequent theme among the nay-sayers, whose angry responses have tended to cluster around various values of “It just doesn’t make any sense,” one of the more vehement rejections comes from the respected colleague who clearly understood right away who the Jennifer Lawrence character was really supposed to be, and who the Javier Bardem character was really supposed to be, as well as what iconic history they and the invading masses were replaying. He “got it,” in other words, but rejected it, hating the style, the performances, the metaphor, the constant orbits of Lawrence’s lovely head. My friend the stone lover of z-grade horror film also “got it,” but hated the constant assault on Mother. I “got it,” and thought it was terrific. I can’t call them unperceptive doody-heads or declare them wrong. But I believe the same movie was extraordinary, the latest triumph of a filmmaker, Aronofsky, whose work I have always seen as front-loaded with the extraordinary.

I think we’re both right. One dark irony about storytelling is that the visceral and the heartfelt are always divisive, and must be. It is the “Meh” that unites us. 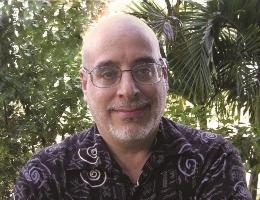