The H Word: That Oldest Fear

H. P. Lovecraft famously once wrote, “The oldest and strongest emotion of mankind is fear, and the oldest and strongest kind of fear is fear of the unknown.” Far be it from me to disagree with the Prophet of Providence, but I would suggest that actually the oldest fear is the fear of death. The unknown is usually only scary if you think it might harm you—or worse. Our prehistoric ancestors were frightened of a noise in the dark because they feared, often with good cause, that the noise was made by something that could kill them. And that primal fear has never left us. It remains in our brains, hard wired as a self-preservation mechanism. Fear of death has kept us alive. And it continues to fascinate us.

The fear of death is the very basis of the horror genre. Horror brings us face to face with mortality and forces us to confront those primeval fears of a horrendous death and, even worse, what may happen to us after we die.

I would be hard-pressed to name a horror novel or movie that doesn’t feature death or, at the very least, the threat of death. One of horror’s central figures is the psychopath, the slasher, the person who wants only to kill, for reasons often unknown or nonexistent. He has no logical motive to kill, no good reason, except in his own mind. The victim never did anything to deserve his fate, he never “did anything” to the killer—he may not even know the killer—and yet there he is, about to be stabbed, strangled, axed or murdered in any number of inventive, shocking ways. This seeming randomness—the same randomness of accidents or fatal diseases—pushes the story into the realm of horror. It’s frightening when we see horrible things happen to good people—when a sweet little old lady is run over by a truck, when a child is diagnosed with inoperable cancer, when an earthquake wipes out a whole village. It’s scary to think that these people did nothing to deserve such a fate, that even if we behave ourselves and are kind to strangers, death can still come for us out of the blue. In horror, the source of this helplessness can wear a hockey mask. He can stalk Whitechapel. Or even run a small motel far from the main highway. We can blame him, not the cruelty of the universe.

Certainly, being butchered by a maniac is a terrible thing, but what if there’s something even worse? What if dying isn’t the end? Ghosts, zombies, vampires, the Frankenstein monster, all are terrifying not only because of what they do to the living, but specifically because they are already dead. If he weren’t stitched together from parts of dead bodies, Frankenstein’s monster would be just a misunderstood, deformed man. Would Dracula have the same fascination if he drank blood just because he liked it? No, like their other dead colleagues, the very fact of their existence fills us with horror. They shouldn’t be here. Even Caspar the Friendly Ghost terrified people who didn’t give him a chance to show that he only wanted someone to play with. How many people would willingly buy a haunted house, despite assurances from the realtor that the ghosts never hurt anyone?

Nowadays we tend to picture zombies as ravenous, flesh-eating creatures, but even before George Romero changed their image, they were still feared. The original “voodoo” zombies were equally mindless, but they were obedient laborers, doing whatever their masters commanded. They worked the sugar mills or in the fields and only harmed anyone if ordered to do so. They were docile. They never even complained. But they were dead.

Since I’m writing this during the Christmas season, I have one other example. Any mom or dad who doesn’t want to buy Christmas presents for their children, and who doesn’t care about traumatizing them, need only change one small aspect of Santa Claus. Santa could still be the jolly old elf with the red suit and white beard who brings presents to good little boys and girls. But instead of saying that Santa lives at the North Pole, the parent has only to say that Santa rises from his grave on Christmas Eve to come to their house. Then they can watch gleefully as the tykes frantically board up the fireplace. We all fear the dead, especially when they come back to visit us. Even if they bring gifts.

So we don’t want to die, and we don’t want to meet anyone who already has. But oddly there’s one last fear that could be the worst of all—not dying. Or more specifically, not being able to die. As Count Dracula himself (technically, Bela Lugosi in the 1931 movie of Dracula) said, “To die, to be really dead, that must be glorious!” There’s an element of sadness, even pity, in virtually all of horror’s dead (or undead) creatures, because they’re doomed to being not really dead. Frankenstein’s monster never wanted to be created in the first place, and you usually got the impression he just wanted to be put out of his misery, to end his lonely existence. In virtually every zombie novel or film, there’s a scene in which someone hands someone else a gun and says, “If I start to come back as one of those things, you know what to do.” Ghost stories frequently end with the ghost “finding peace at last.” Vampires’ victims are often said to be “doomed to rise again,” and when they’re staked it’s seen as an act of mercy, a way to grant them eternal rest. Real (permanent) death is better than being forced to be dead yet still somehow alive. And so we’ve come full circle. We’ve reached a point where we welcome death. We long for its peaceful sleep.

Perhaps in the end this is why—despite our aversion to, and revulsion of, death—we still choose to read and watch horror, a genre that revels in tombs and graves. Why we’re entertained by homicidal maniacs, the undead and shambling corpses. We’re faced with an eternal conflict. We don’t want to die, but deep down we know it’s inevitable. We also know our loved ones will die, but we don’t want them to come back after they do. Horror helps us come to terms with that, to finally accept it. Through horror we see that, as Lugosi told us in Dracula, “There are far worse things awaiting man than death.” Death doesn’t seem so bad, compared to these alternatives. And we can comfort ourselves with the realization that these alternatives are the stuff of fiction. Whatever your religious beliefs of an afterlife may be, it’s better than in horror. When we die—even if our death is painful or violent—our suffering is over. Instead of dreading death, we can take solace in it. 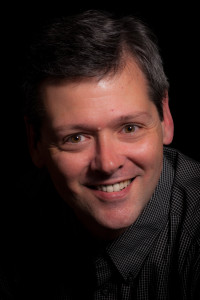 Don D’Auria is an executive editor at Samhain Publishing, editing and directing their horror line.  He has worked in publishing for twenty-five years.  Before joining Samhain, he was an executive editor at Leisure Books, where he directed their horror line for fifteen years.  Born and raised in suburban New Jersey, he was the quintessential horror kid, growing up on a steady diet of TV’s Chiller Theater on Friday nights, Creature Features on Saturday nights, and horror novels and Famous Monsters magazine the rest of the time. He’s been lucky enough to work in the genre he’s always loved, and has been privileged to work with wonderful authors, including Richard Laymon, Jack Ketchum, Ramsey Campbell, Graham Masterton, Douglas Clegg, John Everson, Stephen Laws, Edward Lee and Brian Keene. He is the recipient of an International Horror Guild Award for his contributions to the genre.