by Ellen Datlow and Lisa Morton

Once upon a time, women not only dominated horror, but invented it. How can this be, you might wonder—it’s obvious that horror has been men’s domain forever! Well, no. Ghost tales and the gothic were written by women for decades before the horror boom of the 1980s. Jessica Amanda Salmonson’s essay, reprinted here from her ground-breaking anthology What Did Miss Darrington See? provides a useful overview of the historical participation and importance of women in horror.

For almost fifty years, hundreds of stories by women in the early years of horror, and their authors, were mostly forgotten. If not for the heroic efforts of Salmonson and such small presses as Ghost Story Press, Strange Company, and Ash-Tree Press, their names might have died out. I’ve been reading horror since I was a kid, and I knew nothing of these women and their writings as I grew up. All I knew of were Edgar Allan Poe, Nathaniel Hawthorne, Bram Stoker, H. P. Lovecraft.

Women and children have traditionally been the victims of horrific events in fiction because of their vulnerability. But everyone is vulnerable in the right (or wrong) situation, and reading about a big burly man threatened by the supernatural or by human monsters has been proven to be just as potent a premise, if not more. And whichever gender is in peril, both male and female authors can and do deliver the scares. I get tired of hearing that women write a certain type of story while men write another. Having read hundreds of horror stories during my career, I don’t find this true.

Some of the most influential writers of horror have historically been women: Mary Shelley, Shirley Jackson, Flannery O’Connor, and Anne Rice.

Several writers featured within write in more than one subgenre of the fantastic and grotesque, so are often not “counted” as women who write horror.

After the rousing success of the Kickstarter for Women Destroy Science Fiction!, I was approached by John Joseph Adams, publisher/editor of Nightmare Magazine, about editing a “Women Destroy Horror!” issue. Unlike the never-ending brouhaha about women destroying science fiction, there have been few overt complaints about women destroying horror. Aside from the occasional testosterone-fueled diatribe from those who seem to think that one-third of a table of contents of stories by women equals a majority by them. Or by those who have gotten negative reviews of their fiction by women. But how could I refuse this opportunity to showcase horror writers whose work I love and who happen to be women?

There’s a totally unexpected commonality to three of the eight stories I’ve acquired for this issue that I won’t give away. But the tones, characters, and modes of storytelling are so different that I suspect you readers won’t mind. In any case, I hope you’ll enjoy all the stories and will seek out more fiction by their authors.

A big thank you to John Joseph Adams and to all the fiction contributors. Also to Lisa Morton, who in editing the nonfiction has brought together a group of powerful female voices expressing their diverse experiences of working in horror. And a final shout out to Wendy Wagner for her herding skills and her advice.

When John Joseph Adams invited me to be the nonfiction editor for the special “Women Destroy Horror!” edition of Nightmare, I (of course) accepted, and immediately thought about what I wanted. At the top of my wish list were interviews with Joyce Carol Oates and American Horror Story’s Jessica Sharzer, and I remain flabbergasted that both accepted (and grateful, especially given the wonderful and revealing answers they provided).

But I also had a list of things I didn’t want. Well, okay, not a list, exactly, because there was only one item on it: I didn’t want any sort of overview of contemporary female horror authors. My reasons for this:

However, I had one reason sitting firmly atop all the others for why I didn’t want to include one of these lists: They always smack to me of desperation.

If that sounds harsh, let me explain: First, these lists usually come in response to either another list of “All-Time Greatest Horror Writers” that fails to include a single female name, or they’re an answer to yet one more shortsighted all-caps-using cave-dweller shrieking into the cyber-ether, “BUT WOMEN CAN’T WRITE HORROR.”

Now, I certainly understand the intention to school these fools; heck, I’ve probably done it a time or two myself. But—and I can say this as a woman horror author who has appeared on a few of these lists—at some point it becomes tiresome. Yes, the ego boost is nice . . . yes, anything that brings attention to these voices is great . . . but how long do we have to keep doing this? I’m willing to bet every woman writer in the genre would prefer to be discussed alongside her male peers, not in some segregated list stuck off by itself somewhere. I’m sure Mary Author would rather see a thoughtful review of her work or a comparison to Joe Writer than another catch-all list that will probably mean nothing to anyone who is not one of the authors named in the list.

Yes, I know women are under-reviewed in all genres, including mainstream fiction. Yes, I know these are idealistic dreams that are still off in some perfect future. But I hope this helps to explain why I chose not to include that “there are lots of great women writing horror right now” list.

I did, however, believe it was important to talk about contemporary female writers, as long as it was done with some depth and wasn’t attempting to be in any way comprehensive. Hence, you’ll find a roundtable interview herein with four intriguing writers: Linda Addison, Kate Jonez, Helen Marshall, and Rena Mason. Beyond the fact that I love their work, I did have particular reasons for choosing these four writers: I knew Linda would provide insight as both an author and poet, and also as an African American writer; Rena fascinated me because she seems to have gone from zero to sixty (winning the Bram Stoker Award for First Novel for her superb The Evolutionist) in mere seconds; and I knew that both Kate and Helen were not only acclaimed authors but also had experience with two of the best genre publishers out there (Omnium Gatherum and Chizine, respectively). I think this interview accomplished what it set out to do: Provide an eye-opening look into the experience of being a female horror author.

For the articles, I wanted to look at women in horror from three different perspectives. First, Lucy A. Snyder contributed a wonderful historical overview of women writers in the genre—this is no mere list, but a thoughtful and informative work that ingeniously segues into a discussion of just how we should define the term “classic.”

To cover female characters (as compared to their creators), I approached Maria Alexander, who I know as not just a splendid writer, but also a genuine asskicker in her own right (Maria is an accomplished swordswoman). I asked Maria to write something about the portrayal of horror’s action heroines in film, and I couldn’t be happier with the resulting piece, which deftly dissects the ways in which filmmakers and writers rightly (and wrongly) approach the creation of protagonists.

And lastly, I hoped to provide a more personal look at the special trials a woman writer might face in the genre, and Chesya Burke sent back an extraordinary piece that had me squirming and flinching in both horror and (unfortunately) recognition.

I’d just like to offer a final word of thanks to John, to Wendy Wagner, and to all the fantastic talents I’ve mentioned above who agreed to take part in this special issue of Nightmare. Now, if you really want to support women writers in horror, finish reading the rest of this magazine and then go out and buy some of their books. Unless you’re that Neanderthal screaming into the internet wind who just isn’t interested in hearing another point of view, I’m betting you won’t be disappointed. 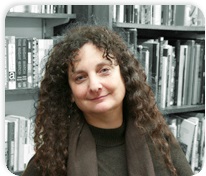 Ellen Datlow has been editing sf/f/h short fiction for over thirty years. She was fiction editor of OMNI Magazine and SCIFICTION and currently acquires and edits stories for Tor.com. She has edited more than fifty anthologies, including the annual The Best Horror of the Year, Lovecraft’s Monsters, Fearful Symmetries, Nightmare Carnival, The Cutting Room, and Queen Victoria’s Book of Spells (the latter two with Terri Windling).  Forthcoming are The Doll Collection and The Monstrous.

She’s won multiple World Fantasy Awards, Locus Awards, Hugo Awards, Stoker Awards, International Horror Guild Awards, Shirley Jackson Awards, and the 2012 Il Posto Nero Black Spot Award for Excellence as Best Foreign Editor. Datlow was named recipient of the 2007 Karl Edward Wagner Award, given at the British Fantasy Convention for “outstanding contribution to the genre”; has been honored with the Life Achievement Award given by the Horror Writers Association, in acknowledgment of superior achievement over an entire career, and the World Fantasy Life Achievement Award for 2014, which is presented annually to individuals who have demonstrated outstanding service to the fantasy field.

Lisa Morton is a screenwriter, author of non-fiction books, and award-winning prose writer whose work was described by the American Library Association’s Readers’ Advisory Guide to Horror as “consistently dark, unsettling, and frightening”. She is the author of four novels and 150 short stories, a six-time winner of the Bram Stoker Award®, and a world-class Halloween expert. Her recent releases include Weird Women: Classic Supernatural Fiction from Groundbreaking Female Writers 1852-1923 (co-edited with Leslie S. Klinger) and Calling the Spirits: A History of Seances; her latest short stories appeared in Best American Mystery Stories 2020, Speculative Los Angeles, and Final Cuts: New Tales of Hollywood Horror and Other  Spectacles. Forthcoming in 2021 is the collection Night Terrors & Other Tales. Lisa lives in Los Angeles and online at lisamorton.com.