by The Editors
Translated by Christopher M. Cevasco

You said that in your time beneath Exham Priory, you enjoyed the company of rats. Did you have any special rat companions? And how do you feel about cats?

For the most part, my time beneath the priory was a void, the rats merely there to keep my bones free from cobwebs and other detritus of the usual sort one finds in limestone abysses. But after the initial disturbance in 1923 and the ensuing explosion, in those decades during which I lay exposed to the merciless sun, there was an albino rat whose ministrations I recall with fondness. I came to think of him affectionately as Whitey. As for cats, the less said about them the better.

You work in publishing these days. Do you ever get a chance to read, and if so, who’s your favorite author?

My current state puts me in constant awareness of the entirety of literature, indeed the entirety of human output. It is part of why I long for a return to the bliss of the void. I suppose some of the less odious writings are those by Friedrich Wilhelm von Junzt (I wonder what else he might have produced but for his gruesome demise) and by the Hyperborean sorcerer Eibon. The infamous work attributed to the Comte d’Erlette also has a certain dry appeal. Oh, and Connie Willis. She’s quite good.

It seems that you never had work published while alive. Is it fair to say you’re a late bloomer? Do you think death has added a certain gravitas to your work that was missing in life?

A late bloomer? Yes, I never had any work published while alive, but nor did I during the long aeons in which I knew the tender touch of death. Only now that I’ve been wrenched into some unnatural half-existence, neither dead nor alive, do I find myself published. It is this facsimile of life to which any gravitas might be attributed. Although I suspect you mistake bitterness for gravitas; new life has let my literary career flower, but the bloom is very much off the rose . . .

You seem not to care for modern-day technology. Would you characterize yourself as a luddite?

Inasmuch as modern-day technology provides the iron for my slave collar, the manacles for my wrists, the very vehicle by which Nightmare‘s hideous abominations are foisted upon an unsuspecting readership . . . yes, I suppose I’m something of a luddite.

How do you maintain your svelte figure?

It’s easy when you’re enslaved to a sadistic master whose greed makes you dance the day through in order to ring up sales!

What sort of strategies do you use to fulfill J’ai J’ai A’ee’s dread demands? Do you have any marketing tips for emerging writers looking to enhance their sales?

My only strategy is one of coping. When every waking moment is torture, a constant reminder of what I left behind in death, all I can do is go away—keep the conscious part of my mind locked away in a corner of my skull, blind to the base, commercial role I now play. In that corner, I dream of one day returning to eternal rest.

As for marketing tips for emerging writers . . . you’ve heard of the starving artist, I suppose. Go ahead and follow that romantic notion through to fruition. 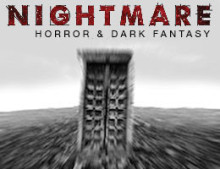 Nightmare Magazine is edited and published by John Joseph Adams, with Wendy N. Wagner, John Langan, and a team of dedicated staff. See our Staff page for more information. 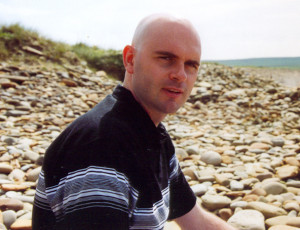