This is such an unsettling story, particularly how it poses the thought experiment (how would someone rule in Hell) as a way to explore characters’ deepest thoughts. (This reminds me in ways of your story, “During the Pause” (apex-magazine.com/during-the-pause) in Apex Magazine. That one stuck with me for a long time!) What draws you to this kind of story? Was there any particular seed that sparked this one?

There were two factors. First, I find many Man on the Street interviews unsettling from the get-go. Interview random people on any subject, and you will find an extraordinary exposure to the state of the public mind, including inevitably some responses that are reactionary, ignorant, and more revelatory of the speaker’s character than they ever could have wanted. (The classic, which I was exposed to in a Glass Teat essay by Harlan Ellison, established just how many neighbors of Kent State thought the shooting of students by the National Guard was an absolutely praiseworthy thing, that made them happy.) The added knowledge that there are some genuinely sick people out there, and some people who live nightmares, made it awfully tempting to explore a survey where everybody had to respond with perfect honesty. Surely I had to put in at least one or two good people (and I did), but I was always headed for that last reply, from the time I wrote that very first word.

One thing I found fascinating about “Today’s Question of the Day in Waverly, Ohio” is the way it is structured. We see into the minds of a handful of people, from a wide range of backgrounds, and interviewed by an omnipotent collective. Are there any specific works—in any media—that experiment with form or structure that influenced you as a writer?

More than can possibly be named, really. And that is such an elegant reply that I will leave it at that.

The story begins by stating there were 1,700 people interviewed. With so many potential answers, good and bad, did you decide on a set number of answers, or did the answers evolve through the writing of the story? On that note, can you share with us some of your process for short fiction writing in general?

I could have actually extended this idea to novelette length, just providing more responses and providing some that functioned as self-contained short stories, but I ultimately decided that the story could not be permitted to overwhelm the last response, the one I was headed toward all along. As for process: ideas are easy; what turns them into stories is the epiphany over why the journey is worth taking.

The ending here is an incredible gut punch—this is the kind of closure, leaving so much to the reader’s imagination and imprinting the horror of the single sentence, that lingers in the brain long after reading. What are some of your favorite endings in fiction, the ones that have haunted you?

“The Ones Who Walk Away From Omelas,” by Ursula K. Le Guin. “The Renegade,” by Shirley Jackson. “Repent Harlequin, Said the Ticktockman,” by Harlan Ellison. “Vengeance Is,” by Theodore Sturgeon. “Forever,” by Jack Ketchum. Day Million, by Frederik Pohl. “The War Prayer,” by Mark Twain. “The Star,” by Arthur C. Clarke. This list continues forever.

So, what’s next for you? Do you have forthcoming work we can look forward to reading?

With the latest novel still knocking on doors, the biggest story I have on tap for 2020 is “Draiken Dies,” for Analog, the latest novella in the adventures of my far-future espionage operative, John Draiken. Does he die? It certainly seems that way from the title. 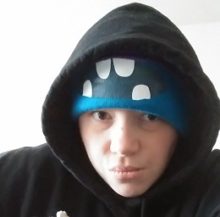