The H Word: Changelings and the Horror of Almost

When writing horror stories, fairies may not be the first thing that comes to mind. Fairies are perhaps more associated with the idea of fairy tales, with the strong connotation of a happy ending. But just as fairy tales have their elements of horror—even Cinderella has stepsisters who cut off parts of their own feet to fit them in the glass slipper, whose eyes are plucked out by doves at the wedding—fairies as a part of the supernatural have their own tradition of horror, too.

There is the prohibition on even speaking their name, calling them the Fair Folk or the Good Folk instead, so as not to draw their attention. Anything you have to step that carefully around probably isn’t benevolent. Some fairies are omens of death (banshees) and some are direct causes of it (kelpie).

Come away, O human child!
To the waters and the wild
With a faery, hand in hand
For the world’s more full of weeping than you can understand.

In this repeated refrain, it seems as if being taken into Fairy is a blessing, a way to avoid a world full of weeping and pain. But the poem turns, twists on itself at the end, listing the small quiet blessings of human life that the child gives up to go away with the fairies, and so this stealing away to Fairy seems less a kindness and more an unmaking.

Plus, there’s the other side of the changeling myth. When a changeling is taken, they don’t just disappear. A copy of them is left behind, but something about that copy will be off, wrong, and it’s that wrongness that will signal to everyone around them that they are literally not themselves. A formerly cheerful child will become nonverbal and withdrawn. A happy young mother will become depressed, listless, no longer able to care for her children. Surely such people have been taken away by the fairies.

On the surface, like Yeats’ poem, this is perhaps a kinder thing to believe—that it’s not the person that we know and love behaving so strangely, but that they have been replaced by something that only looks like them. Something that’s only an enchanted log, or a bundle of sticks, that can be made human again if we only do the proper ritual. But the truth is darker—is horror—underneath.

The changeling legend is a fairy story that has had—in at least one well-documented instance—fatal consequences. In 1895, Bridget Cleary, an approximately 26-year-old woman in Tipperary, Ireland, was burned to death and buried in a shallow grave. Just before her death, rumors had circulated that she wasn’t Bridget, not anymore, but a changeling. The burning was claimed to be part of a ritual, meant to return the true Bridget to her family. In the end, eight members of that family were charged in her death. We cannot, of course, know whether these eight people truly believed that what they were burning was a changeling, and that their actions would result in the true Bridget’s return. But that doesn’t matter: a young woman died horribly because she behaved in a way that those around her thought was suspicious. Not enough herself, or at least not enough like those around her thought her self should be.

As Angela Bourke notes in her book, The Burning of Bridget Cleary, there are stories beyond Bridget’s, where changeling belief was used to rationalize the physical punishment and even death of people with disabilities, or whose behavior deviated from what was desired. Fire, like in Bridget Cleary’s death, or hot iron were popular in the rituals meant to reveal changelings—as if the feyness could be burned out of people.

This darker side of changeling belief shows up in recent works of dark fantasy and horror. There is a changeling character in Holly Black’s The Darkest Part of the Forest who becomes a repository for the fear and terror of an entire town. Things go wrong, the town needs someone to blame, and so they choose the changeling because he is other than they are. That otherness makes him expendable in their eyes, able to be cast out, even though that may mean his death. Alison Littlewood fictionalizes the circumstances around Bridget Cleary’s death in The Hidden People, and makes clear the way that a deviation from expected behavior can become a horror to those witnessing it, and that that fear can have fatal consequences.

And in that way, it’s not the existence of the changeling that is the most horrifying, but the humans that become the horror in these stories. Because while the fairies may steal us away, we are the ones who will say “not human enough” and burn someone for it. 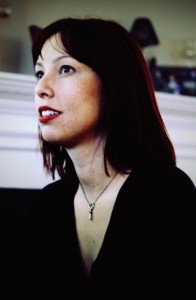 Kat Howard’s short fiction has been performed on NPR as part of Selected Shorts, and was nominated for the 2013 World Fantasy Award. It has previously appeared in Lightspeed, Apex, and Subterranean, as well as other places. She currently lives and writes in the Twin Cities.