I’ve never written a short story this short before. I wrote this one for a Halloween event at a great independent bookstore in Asheville (shout out to Malaprops!). There were four or five readers scheduled, and we were each asked to read a very short Halloweenish piece. I set mine in the late Victorian era because I’ve been spending a lot of time there working on a historical novel (still in process) and the period is right now much in my mind. Plus, I’m fascinated by the spiritualist movement. I thought I would just knock the story out quickly. What I found instead is that it’s very, very hard to write flash fiction! Props to those who often work at this length!

— and then a candle flaring and—

Here is Mrs. Birdwell, the medium, sixty-something, stout, painted lips pursed to blow out the match—

Mrs. Birdwell taking her seat at the table, smug in the certainty of her gift. She believes it a great talent, her ability to summon garbled voices from Outside. But how paltry her talent truly is! Voices! She is but a moth trapped inside the chimney of a lamp burned dark, battering itself in futility against the soot-streaked glass. She sees dimly when she sees at all. She calls us, but she cannot free us from the fathomless abyss, where spiderweb-bound, mirror-drowned, on the far side of doorways that open into void, we are impotent to do anything but watch:

Here Mrs. Birdwell is fussing with her veil, here smoothing out the cloth. And here saying to the housemaid in the shadows, Show her in, Jenny.

A door opens, and Jenny steps out. When it closes once again, Jenny is gone, to await Mrs. Birdwell’s pleasure in the hall. A young woman, not yet twenty-five, stands in her place. She’s clad in full mourning, swathed in black from head to toe, haggard, wan. She studies Mrs. Birdwell uncertainly. An audience with the medium comes dear.

Please, Miss Newman, Mrs. Birdwell says, gesturing at the chair opposite. And when they both are settled: You wrote me of your brother. You had been some years estranged.

Yes. Yet he sent for me at the end. Miss Newman’s voice skates a knife-edge blade of tears. I did not come.

Yet you wish to hear his voice again?

I would beg his forgiveness.

Mrs. Birdwell nods wisely, though she has no wisdom to impart. She has but a little box of stagecraft to employ, a few shabby props and hackneyed lines (speak, O spirits, speak!); a handful of dim ideas, all of them mistaken, about the void beyond her blood-quick ambit; and a gift of no great consequence. Your brother has no pain or sorrow now, she says. He is in the Summerland, at peace in the world to come.

She lies, though she does not know she lies.

We ate his soul, we devoured it like air.

And now we watch. From high corners and inside black glass, through spectral doorways barred against our passage—we watch and watch and watch, gluttons, chafing to be free.

We watch as Mrs. Birdwell empties out her box of tricks. Four candles lit around a burning hub, a litany of whispered invocations, a score of mystical passes over the flames. Shadows swoop like bats around the room. Reaching out to take Miss Newman’s hands, Mrs. Birdwell closes the circle, issues a sepulchral edict—

— and probes the aether with her meager gift—like a moth battering itself against the chimney-glass of its cramped world, and catching through the soot-streaked glimmer the faintest glimpse of the infinite Outside.

Ice grips every particle of air.

Mrs. Birdwell’s puny gift is not entirely empty of force.

But no human spirit abides for her to summon from the dead. We gorge ourselves upon their feeble souls. We swallow down their voices whole and spit the echoes into Mrs. Birdwell’s chimney-glass world. We fret and mutter in resentment. Our stolen voices fill the room, the sound of dry leaves swirling.

Miss Newman blows out a flag of icy vapor.

Surely you hear your brother calling you, Miss Newman?

Pale Miss Newman shivers. I hear nothing but the wind.

There are voices in the wind, Miss Newman. Using her meager gift, Mrs. Birdwell reaches out once more to scrabble at the margins of the infinite. Speak, O spirits, speak, she enjoins us.

We toy with her, responding. We flatter her with lies—we let flow the stolen voices of ten thousand thousand dead, and what has been a wind unruly at the shutters becomes a moment’s gale. In the silence afterward, we watch: shadow, glass, and doorway.

He is here, Mrs. Birdwell whispers. He awaits your voice. You must summon him.

You need merely speak the words.

And then, with more force: I summon you!

And something deep inside her stirs. A gift. Miss Newman, too, has a gift—a gift unknown, long sleeping, stirred half-wakeful by this simple incantation. It lifts its feather-sleek black head and blinks its cold, black eyes.

She is not a moth, Miss Newman.

I summon you! Miss Newman cries, and glass trembles on the edge of breaking.

Once more, Miss Newman! Summon us once more! Smash the mirrors, unwind the webs, and fling back the doors on the void! 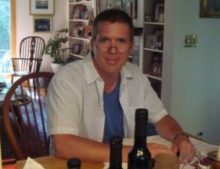