The H Word: Horror in a Country that Is Not Afraid of Death

Years ago, during a holiday trip to the cerrado, my wife—a horror writer—and I—a horror reader—discussed and listed what we personally perceived as Brazilian fears. Our curiosity stemmed from the fact that our country doesn’t have a huge tradition in horror, at least not with the intent of producing a unique set of the genre. It exists, sure, but almost always in a strange limbo between creepy folk tales and Anglo pastiche. This pastiche can be completely dissociated from our cultural reality and take the form of characters named Mark or Kathleen being haunted in North Dakota or Manchester, or even replicate Hollywood narratives with Brazilian myths, but very few actually reflect national feelings of dread—at least not ones that go beyond dismembered hairy legs and other local legends.

At the time, we came up with a casual little list of things that frighten us, fears we saw own ourselves, friends and family. The first one was shame; shame of being wrong, of getting caught, shame of what we are—a fear rooted in our collective inferiority complex, a feeling so strong it has its own name: mongrel complex, coined by novelist Nelson Rodrigues. The second one was ugliness; of being perceived as ugly, turning ugly or forced into ugliness—a fear rooted in our social obsession with the right of beauty. The third one was loss; losing material goods, losing loved ones, losing dignity. The fourth one was past; a past that disrupts and denies the present, rooted into family secrets and, more broadly, to our history with brutality.

But past does not mean a fear of ghosts, a staple in international horror. Individually, sure, we might feel a shiver or two watching a good haunted house movie. Collectively, séances, spirits and reincarnations are not part of a Victorian fad, but of real modern religions, practiced by millions. The influence of Spiritism is so great that some of our most well-known references of fictional evil ghosts come from sappy Spiritist telenovelas, not horror stories. Umbanda and Candomblé also have possessions and trances, seen in both religions under a positive light, instead of the work of vengeful spirits.

This relationship with the dead and with the concept of dying made me realize that we didn’t list death or violence at any point. While those fears exist, there is a certain banality in the way we deal with them. Maybe it’s because it feels so close, like the casual gunshots that we pretend are firecrackers. Brazil is a pretty violent country, after all; a violent country with a violent history. There is a thrill-seeking aspect to graphic horror that doesn’t work when the reality of it is so common, so close to home. When I think of Brazilian movies with torture scenes, for example, I don’t think of splatter or torture porn, but of historical dramas that focus on the trauma of a military dictatorship that ended only in 1984.

Torture, too, is something we learned how to trivialize, not because of movies, but because of its proximity. If you’re politically aligned with the dissidents that fought the regime, the ghost of torture is too near, too real. If you’re aligned with the far right, the vocal widows of the dictatorship who wish their critics could still be jailed or “disappeared,” then torture is a joke.

There is an infamous photo of President Jair Bolsonaro next to a cartoon of a dog biting a human bone, mocking the dead and missing from the Araguaia Guerrilla, a joke depressingly subtle if compared to some of his most recent positions. During the 2016 coup that led to the impeachment of Dilma Rousseff—a well-known victim of torture during the dictatorship—then-congressman Bolsonaro made a speech praising her torturer, an infamous colonel whose crimes against humanity include inserting rats and cockroaches inside the vaginas of some of his other prisoners.

Brazil’s relationship with Bolsonaro is a good example of our macabre relationship with death. The 57 million votes that made him president were not despite his grotesque passion for necropolitics, but because of it. His entire campaign was based on agreeing, supporting and encouraging a series of morbid desires of the population, some of them regarding the aforementioned fears of loss and past and shame: they wanted guns and violent punishments (to protect themselves from robbery and crime), they wanted vengeance (against the successful fourteen years of the previous left-wing governments), and they embraced the military dictatorship and curated the false idea of a glorious past.

After two long years since the last election, Bolsonaro maintained his promise of death, just not like he had originally planned—the pandemic counts 605,000 deaths, caused not only by a chaotic administration, but by the gleeful intent of those in power. But the growing numbers don’t scare the population. At the peak of every wave, Brazilians kept attending parties, beaches, shopping malls and even shows. Most simply shrugged away the criticism. It’s understandable—as of 2021, we’re plunging back into poverty, unemployment and hunger. The population never stopped working out of fear: the fear of not having enough to eat, of not being safe, of economic distress, of loss of dignity. All of that remains more powerful than death, and, like always, we just shrug it away.

But those fears, those macabre, nearly absurd fears, can be translated into horror. Like the United States, we are a massive country of continental proportions with a plurality of experiences spread across twenty-six states and one federal district. And, like other large countries, we also have a unifying culture that connects everything together under the name of Brazil. As someone who was spoon-fed American content since birth, I can perceive intentional tropes and patterns in American horror: the fear of “the other” is one of them. The same can be said about everywhere else, including here.

Despite the lack of a horror tradition, recent possibilities have already sprouted in Brazil. Our presence in the English-speaking horror market is scarce, and it’s considerably smaller than our already minor internal production, but it exists. H. Pueyo has tackled the fear of ugliness and shame in “A Study in Ugliness” (The Dark Magazine, 2021), in which a butch girl discovers a topsy-turvy, uglier parallel reality in a Vargas Era Catholic school, and the fear of past in “An Open Coffin” (The Dark Magazine, 2019), where a woman is hired as the caretaker of an embalmed corpse that might as well represent the military dictatorship itself. In Professor Charlatan Bardot’s Travel Anthology (ed. Eric J. Guignard, 2021), two other Brazilian authors play with our ugliest, most shameful moments in history: Clara Madrigano, with “Into the River,” a story that exposes the very real issue of the Southern region of Brazil as a Nazi hideout, and Carlos Orsi, with “Last News,” a very short but impactful flash fiction about journalism during the military regime.

And there’s more. In Ana Paula Maia’s sadly untranslated novella “Enterre Seus Mortos” (roughly, “Bury Your Dead”), a quiet man who works collecting roadkill and an excommunicated priest fight the growing apathy over the dead in a subtle dystopian region in which animal carcasses are appearing in the countryside at an alarmingly growing rate. There, they find an abandoned human body, a body no one is willing to recognize or reclaim, not even authorities.

“Enterre Seus Mortos” in particular is not usually shelved as genre fiction, let alone horror, but it’s so grim in its depiction of death and abandonment that it might show us the way of how Brazilian horror can be—not haunted by ghosts, not with pastiche, not splashing the page or screen with copious amounts of blood, but with the dread of our most hideous indifference. 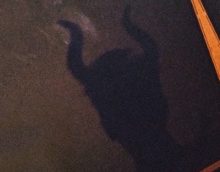