If there’s a holiday, there’s probably a horror film that has built its roller coaster ride of carnage around that date, and if not . . . just wait a little longer. Holidays are sacred times of celebration and tradition. Holidays feed upon and fuel nostalgia and remind us of who we are and what we cherish. And because of that special blend of happiness and harmony steeped in history, they’re the perfect times for murder and mayhem.

Seriously? Yes! The horror genre is, after all, about confronting our deepest fears and our darkest taboos, and what better times to do that than on dreamlike days that should remain untainted by our worst nightmares? When we gather together to share a time intended for fun and family, it’s just the right place for a film to subvert all expectations by turning triumph into terror. In the last few decades, holiday-themed horror movies have proliferated, especially during the dual booms in direct-to-VHS and direct-to-DVD releases, and there’s the added benefit of creating a convenient marketing angle by making a movie that can be sold to horror fans as a suitably sinister accompaniment to whatever holiday is just around the corner.

When producer Irwin Yablans talks about the development of the seminal slasher film, John Carpenter’s original 1978 Halloween, he often notes that they were surprised to learn that no one had yet staked a claim on that most obvious holiday choice for a horror film. It is odd considering that of all the celebrations through the year, Halloween is the most perfectly suited for the genre. In fact, so indelible was that film’s impact with Michael Myers’ first outing, it took a long time before any other horror filmmakers dared tread near October 31st. But beyond that season of witches, ghouls, and goblins, holidays that have nothing to do with horror have often been the best settings for a bit of bloody havoc.

Christmas—and the figure of Santa Claus in particular—has been the unlikely setting for numerous harrowing encounters with death and demonic doings, enhancing the irreverent quality that often goes hand in hand with horror. Some credit 1974’s Black Christmas (directed by the late Bob Clark, the same man that would later contribute one of the most beloved family cinema classics, A Christmas Story) with kicking off the “holiday horror” category, and when you add the Silent Night, Deadly Night series, Don’t Open Till Christmas, Gremlins, and countless others, it’s clear that the Yuletide season is the busiest of all when it comes to horror.

Like a few of the films already mentioned, many of the memorable murderous holiday outings come from the slasher sub-genre, including movies set on New Year’s (Terror Train, New Year’s Evil), April Fool’s Day (April Fool’s Day, duh), Easter (Easter Bunny, Kill! Kill!), and even birthdays (Happy Birthday To Me)! The tradition continues with recent releases like A Christmas Horror Story and Tales of Halloween, and those two holidays remain the most influential in this sub-category (several movies seem to have specifically seized on the Christmas Krampus legend in particular as fodder). And if Thanksgiving is one of the rare holidays that wasn’t given its due until a few years ago, Eli Roth had covered the Pilgrim feast via a fake but funny (and pitch perfect) trailer included in 2007’s ode to schlock cinema, Grindhouse.

If they want to make their mark on the subgenre of holiday horror and become immortalized in articles like this one, future titans of terror might turn their efforts toward finding a festival not yet soaked in blood and guts. Unfortunately, there are precious few left. President’s Day? The Tripper. Memorial Day? Deathdream. Arbor Day? The Happening (no, really). Columbus Day? 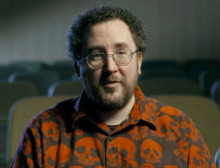 Dr. Arnold T. Blumberg is the “Doctor of the Dead,” world-renowned zombie expert and co-author of Zombiemania (one of the first exhaustive guides to zombie cinema; updated edition Zombiemania Rises forthcoming). Blumberg appears in the documentary Doc of the Dead, on TV, radio, online, and teaches the University of Baltimore course “Media Genres: Zombies” that garnered worldwide coverage. A contributor to multiple essay collections on zombies, The Walking Dead, and horror, he has also presented his “Zombies: Monsters with Meaning” lecture at conventions and symposia, and his podcast Doctor of the Dead (doctorofthedead.com) is on iTunes, YouTube, and other podcast apps. Find him on Twitter @DoctoroftheDead.