The H Word: The People of Horror and Me

The horror fiction field most often reminds me of a particular comic strip from the long-running series Cathy. I was never a huge fan of the strip, but this one stuck with me: Cathy has an epiphany. She doesn’t actually have that many bad hair days; she has a perception problem. One time, a decade prior, she looked in the mirror and her hair was utterly perfect. That apex one-time-only great hair day became in her mind what she looked like on average, and thus she was constantly bedeviled by bad hair days. So too the horror field, and the boom in horror fiction that lasted from the mid-1970s through to the late 1980s.

I was part of the target demographic of the horror boom, but I never really got into it. Freddy and Jason I didn’t care for, and the paperbacks I read ranged from the modern classics (Carrie, The Boys from Brazil) to stuff like Mendall Johnson’s Let’s Go Play at the Adams’ (which I still like!) and Rex Miller’s Slob, which was actually read to me at work. In college I was a camera operator for my university’s teaching hospital, taping everything from symposia to kidney transplants, and the technical director liked to keep himself amused by doing Chaingang’s victims in different voices into my headphones. But I was more interested in science fiction, and in the “transgressive” fiction of Kathy Acker and Dennis Cooper. I even came to Lovecraft, not thanks to classic horror collections, but thanks to the 1995 anthology The Starry Wisdom, which I picked up because it contained work by J. G. Ballard, William S. Burroughs, and Michael Gira. Brian Lumley? “Who he?”

Thanks to having only a marginal attachment to the work of the horror boom, when I started writing and submitting for publication, my work was first accepted by anywhere but horror venues. Men’s magazines. Fiction journals so obscure they can barely be Googled. Literal underground publishers—my first book was published by a building janitor who ran a publishing company out of a basement on Ludlow Street in New York’s Lower East Side. But I was attracted to horror as a field, partially because the boom was long over. Other than Leisure Books and the occasional Kensington title, and a few hold-outs among bigger publishers (Caitlín R. Kiernan, Bentley Little, F. Paul Wilson), horror was a non-commercial enterprise. As a non-commercial writer, I grew interested. I was so non-commercial that a chance look at the remaindered book dump at St. Mark’s Bookshop, where I saw a book of Lovecraft’s letters, and a book of Jack Kerouac’s letters, gave me the idea to combine the two, leading to my first novel, Move Under Ground. For the record, such books don’t sell to all Lovecraft fans and all Kerouac fans, but only to those Lovecraft fans who are also Kerouac fans.

Once ensconced in the horror “community”—they were more forgiving of the Beat injection into Lovecraft than literary sorts were—I found myself in an odd position. My work was being published and read fairly widely, but the only people who really understood my fiction to be horror were the sort to have never actually read very much of the stuff. To horror readers, I was doing some sort of fantasy or science fiction; to SFF readers I was clearly both too confusing and too dark. Editors, who read widely, liked my stuff, so getting work wasn’t much of a problem, and my books and stories have been fairly well-reviewed. I was writing the non-commercial version of a commercial mode of fiction that itself hadn’t been commercial in decades, and my work looked like pretty much nothing else out there. And so it’s gone for more than ten years, though I never really understood what had been happening with (and to!) my “career”—a word that must always be placed within quotation marks of dubiousness—until recently.

In March 2016, at the International Conference on the Fantastic in the Arts (ICFA), scholar and writer J. T. Glover presented a paper by the name “Anxiety, Nomenclature, and Epistemology after the Horror Boom.” The title is absolutely stultifying, but luckily once you settle in to one of the conference rooms at ICFA you can’t really leave without causing a scene, so I stayed. I’m glad I did, because I think Glover really understands what happened in the horror scene over the past twenty-five years.

Glover contends that though the horror boom ended, “the people of horror” were able to stay together thanks to the Internet, which became widely available to the general public just as horror fiction was withdrawn from the mass market. Though much dark fiction was cleverly recast as thriller, dark fantasy, and even literary fiction, the fans that had grown up and developed their literary tastes during the horror boom found one another online, and any number of small presses emerged to cultivate these fan groups into a market. And I found them! And we didn’t always get along. It’s mostly too much to go into, but here’s one example: as someone who lived within the debris field of the World Trade Center on the eleventh of September, 2001, I generally received a fair amount of sympathy for my thoughts on the atrocity in the blogosphere, on MUDs and other chat services, and on the first social media outlets. It was on the Horror Writers Association message board, though, that someone wished al-Qaeda would launch another terror attack on New York City and kill me. Tee-hee, somebody’s edgy!

Anyway, back to Glover.

In the revised version of the paper (bit.ly/2afgXWn), Glover gives both me and Nightmare’s own “H Word” column a shout out. I and other members of the post-boom wave are “heavily influenced by mainstream literary or academic writing cultures, are socio-politically aware in ways that carry over to their fiction, business practices, or both, and occasionally write metafictional or otherwise highly reflexive stories that engage with the genre’s history.” I plead guilty.

There is a second wave as well, one that represents the long tail of the boom now a quarter of a century gone. The people of horror like both, but really, they sure do spend a lot of their money and mental energy on that nostalgia wave. That wave represents a sort of taxonomical center of what horror is supposed to be. On one hand, I’m happy to declare “Include me out!” But, on the other, it’s these two waves that have allowed me a career at all. Had the boom continued indefinitely, the taxonomical strictures of dark fiction would have grown stronger, and less amenable to the reflexive stories I write—like I Am Providence, my latest novel, in which an annoying author with an unusual surname gets his ass murdered at a horror convention. (Write what you know.)

It is because the boom has all but collapsed that there was room for the second wave of which I am a part. At the same time, boom-style horror hasn’t vanished entirely in the way, for example, the Western has, which meant that the people of horror were able to find one another, and create the conditions in which the second wave could emerge. Better a lifetime of bad hair days than no hair at all. (Just ask Brian Keene.) Now, as Glover points out, second-wavers such as Paul Tremblay are making a splash into the mainstream, and without many of the formerly necessary accouterments of the boom wave. Let’s all go. We can do it now.

In essays like this, usually the kicker involves a suggestion to look in the metaphorical mirror. Horror is all about morally implicating the gaze of the consumer in the bloody shenanigans going on, after all. It was old when Lovecraft did it: “I know always that I am an outsider; a stranger in this century and among those who are still men. This I have known ever since I stretched out my fingers to the abomination within that great gilded frame; stretched out my fingers and touched a cold and unyielding surface of polished glass.” So, I’d like to make the opposite suggestion—let’s stop looking in the mirror, hoping to see that one “good” head of hair and being forever disappointed. Forget the boom, forget the “H-word”, and just get writing and reading, horror people. 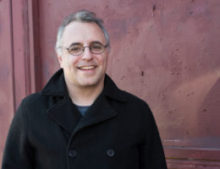 Nick Mamatas is the author of several novels, including I Am Providence and Sabbath. His short fiction has appeared on Tor.com, Weird Tales, Best American Mystery Stories, and many other venues—much of it was recently collected in The People’s Republic of Everything. Nick is also an anthologist; his titles include the Bram Stoker Award winner Haunted Legends (with Ellen Datlow) and the hybrid flash fiction/cocktail recipe book Mixed Up (with Molly Tanzer).