What was the inspiration for this story?

I wish I could remember. I suspect it had its origin in thinking about the latest versions of the venerable patron system . . . from the newer crowdsourced variety represented by something like Patreon, to the more old-fashioned version where billionaires like Branson or Allen invite their favorite artists and celebrities to hang out on their private islands or go on exclusive cruises.

I did not see that excellent ending coming—engaged as I was by other unsettling elements and where I thought they’d lead. Can you talk about how you laid the seeds for the ending without giving it away?

Images are introduced early in the story, then repeated, developed, given in variations, and hopefully come together at the end. This is a deliberate technical process but hopefully it’s something a reader barely notices, as a sense that all the elements of the story are in harmony with each other, until suddenly they are not. Motifs are common elements of any good story, but it’s rare that mine are so musical.

There are a lot of interesting worldbuilding details in this story—did you have to leave some aside in order to sharpen the focus?

Sure. The story could have gone on longer, with at least a few more exemplary artists working in various media. Giving myself the constraint of a single day helped me limit the number of examples and give a sense that time was passing and a decision loomed. I did a lot more research into the details of Samira’s project but decided that the details wouldn’t do anything to advance the story, so I left them out.

Are you a fan of alliteration or other variations on an echo in a line? A number of your sentences stood out to me for rhythmic repetition of sounds, but not necessarily the first letter.

It’s a fine line between poetic effects that work and those that are merely silly. I enjoy treading that line. This title is really full of itself, and at least for me, there’s a little game going on with it which is meaningful in the story, but I doubt anyone else will pick up on it.

I retired from Valve earlier this year, so I’m trying to get a little more serious and disciplined about writing again. So far, I remain fairly undisciplined. 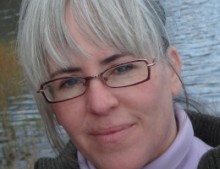